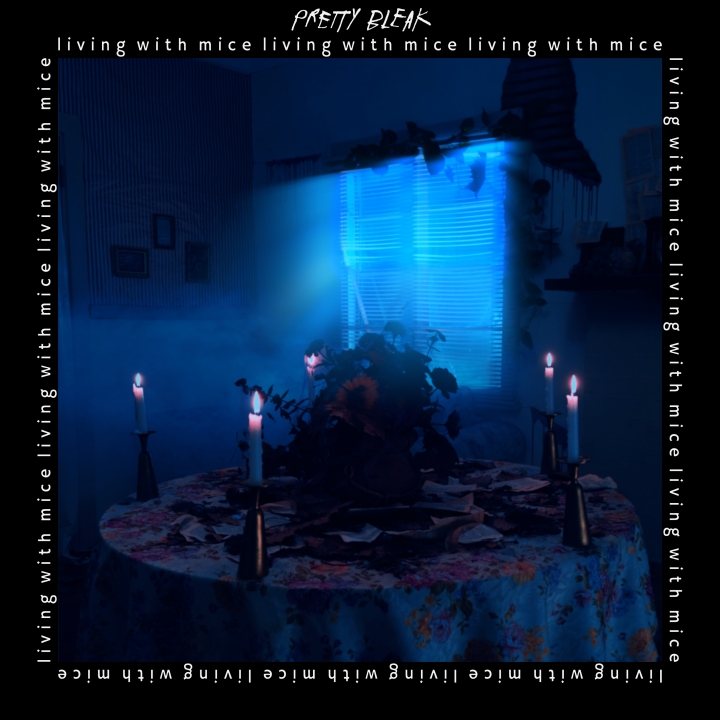 As a ripping guitar line drones out over a heavy beat, Melbourne dark pop act PRETTY BLEAK’s latest single ‘Living with Mice’ is a tasteful blend of grunge and pop, taking identifying elements from both to create a melodically haunting track.

Taking place in a concept of purgatory, vocalist Sam Thomas illustrates “lyrically the song explores the hopelessness of loss and the coming to terms with the elements of our lives which we have no control over” and while the track is overarchingly upbeat and contains a compositionally pop hook, the twinkling toy box piano line and soft guitar strums add to the dark undertones that emit an empty and unsetting feeling amongst the distorted vocals and thumping drum-lines, “[it’s] a very hopeless song thematically, and that’s the role it plays in our exploration of purgatory and the pursuit of freedom from it.”

“I’ve sort of grown to develop my own lyrical identity where there are a series of seemingly blatant and literal statements or phrases that don’t seem to necessarily make sense together on the face of it, but the metaphorical intention of them when read together have a  poignant meaning.”

Cryptic lyricism follows a dark and hopeless narrative of escapism as Thomas describes “in the first verse where it says “cutting your lines between lovers”, on the face of it, it’s a clumsy allusion to doing drugs and engaging in unstable relationships, but the meaning of it as it pertains to the narrative is really about wishful thinking. It’s about a persons tendency to alleviate their long term suffering with short term, vacuous and meaningless pleasure, which is something we all do. It’s about fooling yourself into believing that in that insignificant pleasurable moment, you’ve found a meaningful engagement with the world around you, but it really is just fooling yourself.”

Where PRETTY BLEAK excel even further is within their stunning visual imagery, illustrated in the exceptional music video. Tim Burton stylings with a flare for The Cure, the video’s production and composition are of outstanding quality for an independent act. When you consider the stylistic views surrounding the track as mentioned above, the video takes it to another level, pulling us into the depths of that hopeless entrapment within a purgatory of the mind.

Listen to Living with Mice

One thought on “PRETTY BLEAK- Living with Mice”